I have always found that proverb interesting. Simplified, it means “whatever one agrees to, their ‘Chi’ will move in accordance with.” It is a fascinating proverb that brings to mind question of what exactly the nature of this “chi” is. We have been educated to believe that ancient Igbos practiced a polytheistic religion, and worshipped idols and spirits represented by totems.

I believe “Chi” is not a religious concept, but a concept that has been seen in Western philosophies yet rejected and perverted in the forms presented in traditional philosophies of African cultures. Western culture looks at African cultures through warped, propagandized lenses. Western culture promotes the idea that historically Africans were (barbaric at best and mentally deranged at worst) people who practiced superstitious, fake magical false religions.

It seems that as a result of Western influences, we have become caricatures of our ancestors.

Aristotle referred to it as the psyche, or ψυχή. Sigmund Freud later tried to describe it in psychological terms using the concepts of “id, ego and superego.” Ultimately, these were all bastardizations and an attempt to unspiritualize the idea of the human being. Sigmund Freud actually stole the word and idea of “ego” from buddhism and then perverted it to some kind of weird concept of a person’s understanding of their identity.

In actuality, buddhism talks about the “ego” as a subjective identity as characterized by who a person begins to believe they are which is shaped by culture and environment. It goes much deeper than that, but that is the extent to which I will describe it, because this is not a lesson on buddhism and I, quite frankly, am not a buddhist. However, that idea is important to understanding “Chi” as I understand it to be.

I believe, the “Chi” is that part of a person that has a sense of the way a person should go. The Chi directs a person towards things beneficial, but it also changes its course in alignment with a person’s persistence. I think some may think of it as the instinct, but it I think it is a little different from the instinct, because the instinct can be led astray. I think the Chi can not be led astray or suppressed like the instinct, but can be redirected. I think the “Chi” always knows what is best for a person. However, the person himself, his physical body, may be deceived or led into a dangerous path or a trap by his enemies.

You get a sense of it when you consider the Igbo proverb that states: “A na-agba onyeìsì egbe, chi ya a’na ezere ya mgbọ.” (When a blind man is been shoot at, his Chi/personal god avert bullets for him.)

When Westerners, say “trust your instinct” in a way they are talking about your “Chi,” but they do not understand what they are saying. Your “Chi” can not be destroyed by setting your family statue on fire. However, it can be suppressed if you convince yourself (via your brain) that what your enemy (or society) is showing you, is more true that what you know (or things of this nature).

“ You are mistaken. The western minds understands chi more than you do. The angels you hear in the Bible is what we call chi.. the difference between them and us is that they are trying to do away with old mentality and as such they keep growing. But we are holding on to the old and yet keep complaining that we are been cheated. Political infulence apart, we are too divided within us than we are United within us. The white is as well divided but they have one common interest which we lack.”

He is correct that other nations have a common interest and vision for themselves and African nations currently do not. However, I believe that everything else this person is speaking is from his own conscience, and that this was said with shallow understanding of

What does the Igbo notion of “Your Personal Chi” represent?

A book on Chi 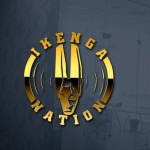